skip to main | skip to sidebar

Farewell to the King of Pop 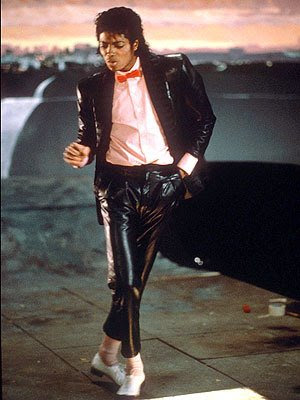 Our friend over at punkphoto.com has a great tribute piece up.

Check it out here.

Posted by SheWritesRock at 5:56 AM 17 comments: 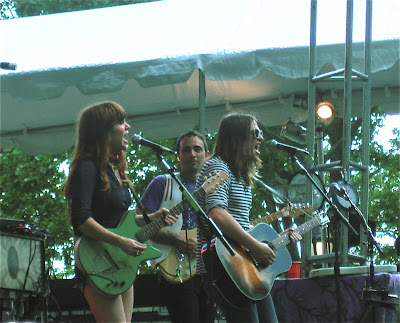 Jenny Lewis opened up for Conor Oberst and The Mystic Valley Band as part of a free 4th of July concert at Battery Park in NYC.

Jenny played some new songs off her latest album Acid Tongue and a few old favorites from her first LP Rabbit Fur Coat like "Rise Up With Fists" and "Born Secular".

The true treat though was when she invited "a brother" out to join the set - cue Conor Oberst who came out and joined in for a cover of The Traveling Wilburys "Handle With Care". 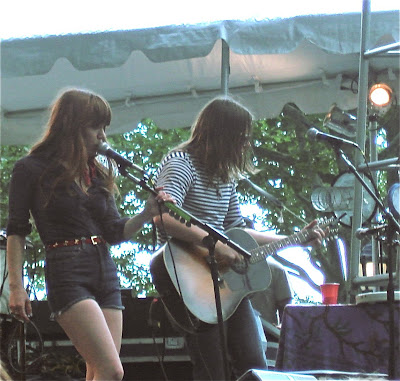 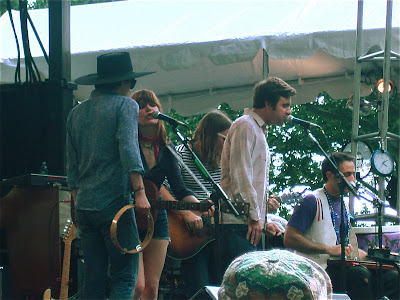 (that's Conor in the hat) 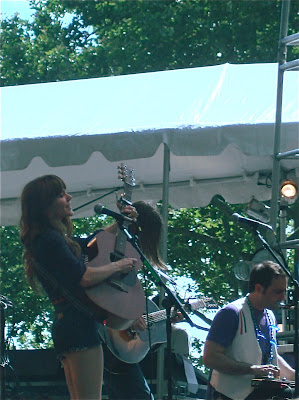 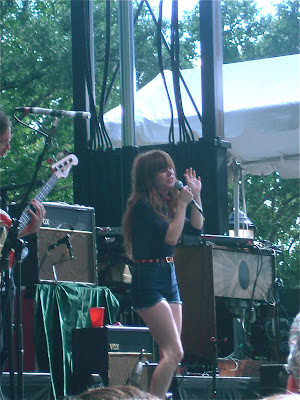 Posted by SheWritesRock at 4:56 PM No comments: 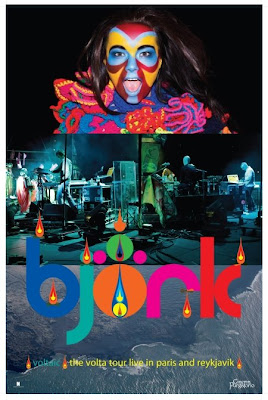 As a run up to the June 30th release of her DVD/CD/VNYL recording Volatic, Bjork is offering screenings of Volatic: The Volta Tour Live in Paris in select cities around the country.

Check out a trailer for the concert film here.

More screenings will announced soon so if you don't see your city listed, keep an eye on www.cineampurgatorio.com.for more dates.
Posted by SheWritesRock at 1:56 PM 1 comment: 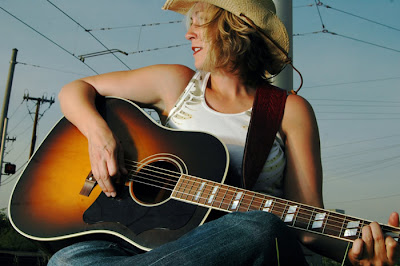 Amy Speace took to the stage, before a packed house, at Joe’s Pub on Friday night. The singer/songwriter was celebrating the release of her second album The Killer in Me (Judy Collin’s Wildflower Records) – and it is a stunner, residing comfortably between the twangy pop rock of Sheryl Crow and the melancholy odes of Shawn Colvin.

Speace, playing guitar and backed by a tight four piece band, kicked the night off with a bluesy rock number with a toe-tapping hook. The rest of the set saw the NYC-based songbird effortlessly switching back and forth between darkly seductive songs like “Blue Horizon” and the openly aching “The Weight of the World”.

Her music may be infused with broken-hearted candor but Amy Speace is such a warm affable performer that a night spent with her music is anything but a downer.

The Killer in Me will be released on June 30th.

Amy Speace can also be heard on the 2008 Judy Collins tribute album Born to the Breed which also features the talents of Joan Baez, Dolly Parton, Leonard Cohen, Chrissie Hynde and Shawn Colvin among others.

Your best bet though is to catch her live on the road this summer – tour dates are here.
Posted by SheWritesRock at 6:34 AM No comments:

In other words, leave your "Sweet Jane" swaying moves at home and get ready to rock!

The Metal Machine Trio is Lou on guitar and electronics, Ulrich Krieger on tenor sax and live electronics and Sarth Calhoun on live processing and Fingerboard Continuum.

Word is that Reed is going to be extremely loose set list-wise so if you're a Lou fan, be sure to scoop up tix for both shows since they'll be completely different.

And about those tickets - here's some good news for younger fans who refuse to let a little thing like the recession stand in the way of a night (or two) of live music appreciation - students get in HALF-PRICE with a valid Student ID when purchased at the Blender Theatre or Irving Plaza box offices!

For the rest of us non-student types, pick up your tix at http://www.livenation.com/artist/metal-machine-trio-tickets.

For a sneak peek of the upcoming Lou Reed experience, you can download "Night 1" and "Night 2" at http://www.loureed.com/00/mp3.
Posted by SheWritesRock at 5:55 PM 2 comments:

Hey NYCers - looking for a good excuse to venture into (gasp!) New Jersey?

Well, here you go . . . Matisyahu, one of our favorites, is playing the Wellmont Theatre in Montclair, NJ on Sunday, November 2nd.

Directions and all you need to know for your trip into the wild of NJ are here - just scroll down to the bottom.

Reggae master/ hip hopper / rocker Matisyahu is out on the road in support of his new EP Shattered (Epic Records).

Should be a good time!!
Posted by SheWritesRock at 9:03 AM 1 comment: 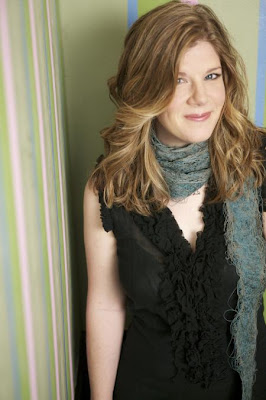 Dar Williams will play the Fillmore in NYC on Saturday, September 27th. The singer/songwriter is on the road in support of her solid album Promised Land (Razor and Tie) which includes a cover of Fountain of Wayne's "Troubled Times".

I've seen Dar live before and she is an absolute delight so come on out!

Here's the video for her single "It's Alright".

Posted by SheWritesRock at 3:54 AM 4 comments:

Visit She Writes Rock On

We Are Family! - Blogs, Sites and Stuff

SheWritesRock
free lancer, festival-goer, wearer of sunglasses at night I'm the one with ink all over my hands. Hey, that's what happens when you're trying to take notes in the middle of a mosh pit at Bowery!